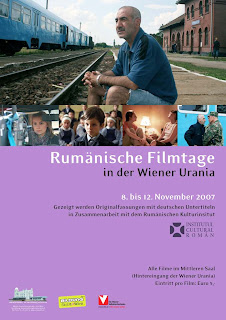 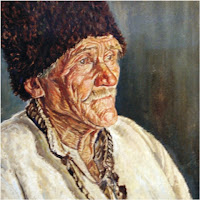 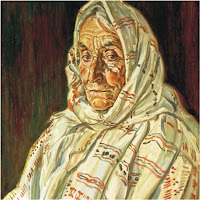 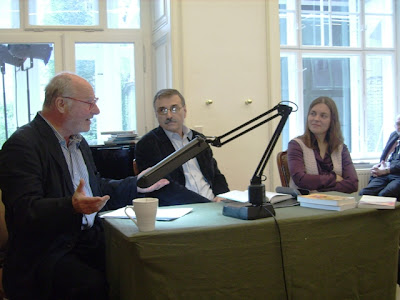 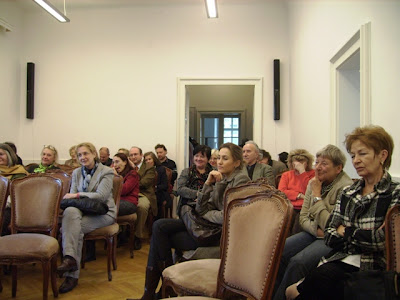 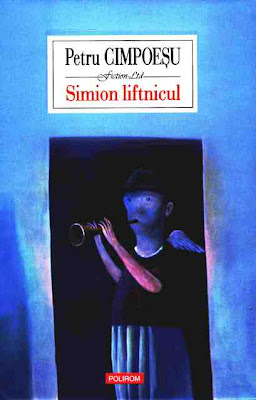 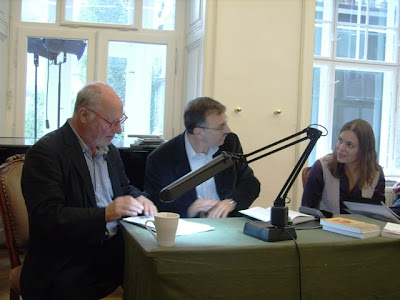 Menschen in Rumänien / Oameni in Romania 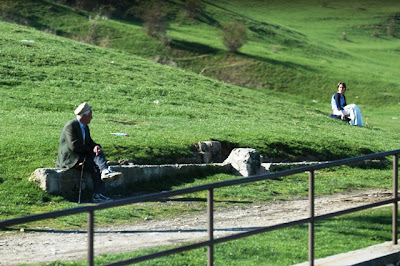 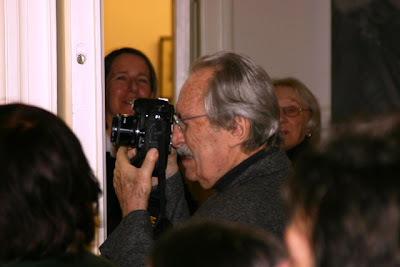 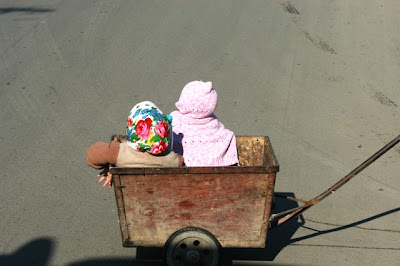 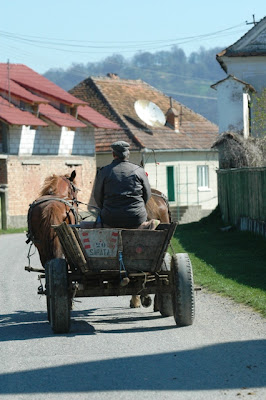 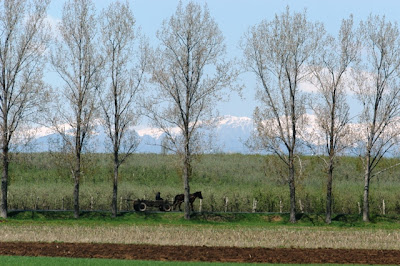 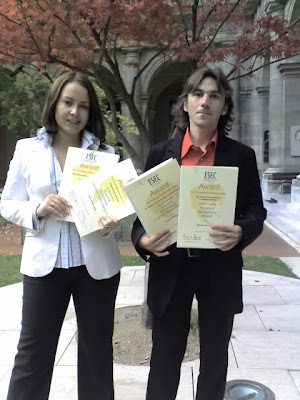 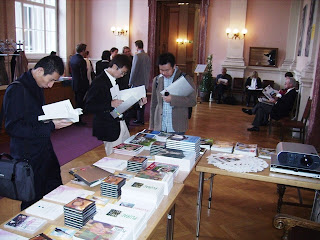 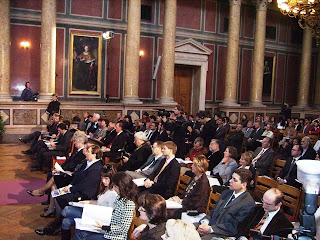 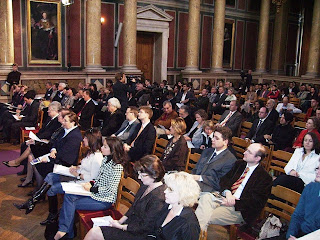 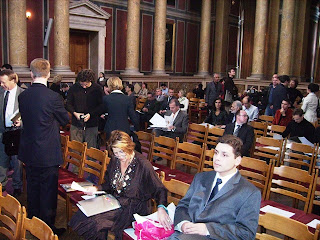 Your excellencies, ladies and gentlemen, dear guests,
On behalf of the Romanian Cultural Institute in Vienna we wish to greet you warmly to the European Euromedia Awards 2007.
It is a great honour and pleasure for the Romanian Cultural Mission in Vienna to be part in such an important European event which – it is sincerely our belief – can, does and will contribute in years to come to a better, more deeply bound, more responsible and more beautiful world called United Europe.

Our special thanks go to professor Thomas Bauer, first chairman of the European Society for Education and Communication and his assistant Mr. Cristian Lee Wang for the friendly and supportive cooperation in designing a small part of today’s event.

Romania is probably the former communist country with the most astonishing development in the past 17 years in the field of mass media. The number of newspapers, tv and radio stations, private production studios and independent producers exceeds by far the imagination of those who do not know the Romanian media scene, and – to be honest – even ours once in a while.

But quantity does not always stand for quality also, as we all know and therefore, we are very happy that the author of the production EU - ALL THE SAME, Cosmin Silistraru who is now awarded with such an important prize is a tv producer. He has been working for the past 15 years for a private media trust in Romania as news and talk show producer and he has been highly performant. But, his secret dream is to escape the daily news production machinery and go deeper into revealing facts, life stories, images and values which survive the prime time story.

Our personal opinion is that he has made a first important step towards his dream and the fact that this step brought him on the stage of the Grand Festivity Hall of the University of Vienna at the Erasmus Euromedia Awards Ceremony makes us very happy.

I now invite him on stage and enjoy this most honouring prize – for himself and for Romania.

I have seen a number of films about Transylvanian Saxons. They all brought, more or less a contribution to a better knowing and understanding of the saxons’ history and culture in Romania. “Beyond the Forest” is to me personally a surprise. It does not tell a story. It lets the characters tell their own stories. The technical means which support the subtitle of this film The Transylvanian Saxons – A Dying Culture - are even more intriguing. We expect to see in a documentary material examples of this dying culture. What do we see instead? Two old Saxons living in Romania who mostly talk about anything else but their culture. We don’t see villages, popular costumes, churches, landscapes or the famous Kirchenburgen.
We think this is the exceptional merit of the film “Beyond the Forest” – it brings us to the essence of communication and education in a very refined manner: there is no communicator and there is no lecture. The two old Saxons in the film simply talk and we simply have to find out about what.

It is my great pleasure to invite Igor Hauzenberger on stage.

We have a beautiful country – what do we do with it?! This is a very common joke in Romania expressing the contradiction between the beauty of nature, the cultural complexity, the important number of unique cultural pieces certified as European cultural heritage and the economic development of our post communist country. “EU – unlimited” and “What we have to offer”, the productions nominated for the Erasmus European Seal of Approval are an expression of what I mentioned as a joke. But In fact, many, very many Romanians are deeply and seriously concerned with the promotion of their values. The two productions are inviting you to go “beyond the forest” and ignore possible difficulties of the route. It’s worth it.

The author of EU – unlimited is one of the most popular tv stars in Romania. She is a news anchor for Realitatea TV, an important news station. When she doesn’t look into the camera she usually is behind it, trying to capture the essence and the hidden beauties of everything she sets eyes on.

The winner of Erasmus Euromedia Seal of Approval is now invited on stage.

DAN ZAHARIA (freelance)
What we have to offer
Award For The Exemplary Multimedia Product One Europe, Many Faces, Many Ways - Erasmus EuroMedia Country Focus 2007

Erasmus Project - One Europe, Many Faces, Many Ways

European Union.
Yes.
This must be the right name for what we are calling an United Europe, special social structure above the national borders but most of all, above the cultural borders.

Now, we, as a newbie, as a fresh members are coming with our own cultural heritage in order to collide with the BIG HERITAGE built by the old members of the EU. It seems to be a normal process, a simple way, a clear task.

But as long we still have our customs, wrong, old or dusty as they are, as long we have had to crawl under 50 damned "red" years and our levels, industrial, economical, or any kind of level will be considered, we are seriously outdated - to use an euphemism. And most of all we have to fight with our own mentality I think.

So, my humble project has in its center, as a hardcore this SHINING TROJAN HORSE, a stylized image of a modern Trojan Horse. And hidden in the shadow of this shiny Trojan horse we are bringing in EU all our ... shadows.
The remaining of the red period we have had to survive as a nation. Without our Religion, with some kind of fakes replacing the Liberty, The Culture a.s.o. I treat this somehow ironical but with a infinite sadness, and looking from outside, the remaining taste is a bitter one.

Yes, this is what we are.
Yes, this is what we are carrying as a "national treasure vault".
Yes, we are the forgotten brothers and we are coming to heal our wounded national body under the EU sun.
Must be somehow pathetic, of course but you have to live this to understand this. There is not enough empathy to cover the desert we have crossed over. And in the last section of my multimedia essay I am presenting in small video slides Romania, as it is, with its "achievements", token region by region using the old historical geographic regions.
Because, like I mentioned in my multimedia essay, we still have a PAST, we still have present, we surely still have a future. But, like I mentioned One Europe, Many Faces, Many Ways.

Erasmus Project - Romania in the Spotlight

Romania, one of the two newcomers amongst the European Union states family, has lots to offer. The country’s picturesque landscapes, rich cultural heritage and dynamic development should make it a top destination for visitors and enthusiasts across the globe. However, recent reviews, amongst which the notable remarks of the current USA ambassador in Bucharest, Mr. Nicholas Taubman, provide an honest explanation for Romania’s remaining amongst the shadows of the external borders of united Europe. Thus, despite its unique beauty and character, Romania remains unexplored above all because of its faulty infrastructure, which makes most tourists attractions hard to find and even harder to reach. Exploring Romania is too much of an independent adventure to attract the average European tourist. Therefore, Romania continues to be associated with nothing more than dated images such as Dracula, the vampire prince or Ceausescu, the mad dictator. This project is meant to shed some light upon a selection of the shadowy and still to be explored locations and experiences Romania has to offer. The film produced is meant to bring Romania in to the spotlight and encourage the enthusiast to discover, even if through discouraging circumstances, the unique character of Romania. We hope that by shedding some light onto the shadows brought about by infrastructural faults we will spotlight Romania onto international maps, making it a place awaiting discovery.

Erasmus Project - EU Citizens: Do we all share a common identity?

The European Union has funded and continues to fund varied academic and non-academic research on identity matters. The issue of a shared identity, of a common feeling of belonging to the organization that has engulfed no less than twenty-seven nations and their culturally varied citizens, seems to maintain its importance as a pressing issue of the EU today. Thus, the EU continues to allocate parts of its budget to international broadcasting networks such as Euro-News. Other initiatives, such as youth travel programs hope to educate the EU citizens into feeling more European than nationalistic. However, come the FIFA World Cup, all nationals forget abruptly about the EU identity and cheer enthusiastically for their own nations. But is this really an issue for the EU?The movie brought forth here is meant to remind us all that EU citizens need to retain their national identity and cultural heritage to make the EU grow and develop as successfully as it has so far. However, it is crucial to recognize that underneath the twenty-seven different national labels that the EU encompasses, we are all human, undeniable fact that should make more important values than nationalism a common ground for development.